As part of a year-long celebration acknowledging the issuance of the Anser putter patent 55 years ago, PING announced the availability of the Anser Patent 55 putters to be sold exclusively through pingpld.com beginning Monday at 2 pm ET. Only 55 of the precision-milled, handcrafted putters, which are made in the USA, will be available via the new website launched last week.

The first of four Anser Patent 55 designs to be released this year as part of the new Putting Lab Design (PLD) Limited collection, the fully machined aluminum bronze putter can be purchased for $790. (Limit one per customer.)

Granted on March 21,1967 by the U.S. Patent office and assigned the number D207-227, the game-changing patent set the standard in putter design that still dominates the winner’s circle today. More than 700 Anser victories are represented in the PING Gold Putter Vault, including the 1969 Masters, the first of 20 major victories for PING’s most iconic design. 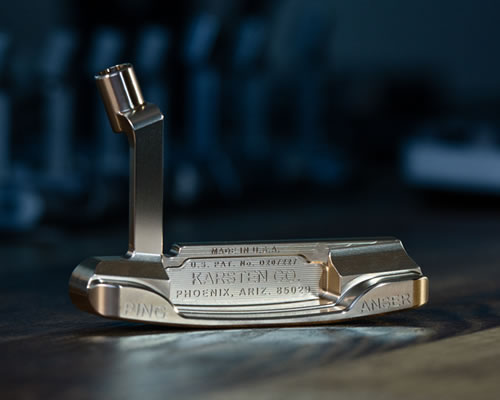 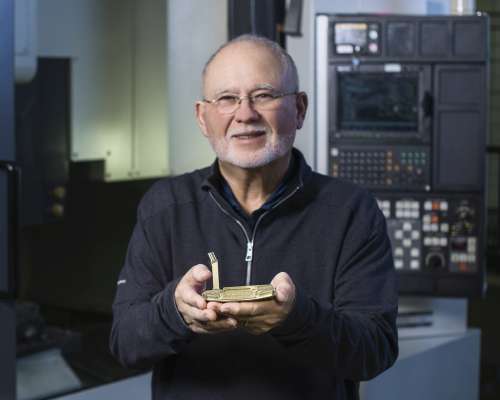 The history of the famous design is well-chronicled, from it first being sketched by Karsten Solheim on a 78-rpm record sleeve to his wife Louise’s idea to name the putter Anser, cleverly suggesting Karsten leave out the letter “w” in the word answer to ensure the name would fit on the back of the putter. Earning its first PGA Tour win at the 1966 Florida Citrus Open, just over a month after its introduction at the Phoenix Open, the Anser’s instant popularity changed the trajectory of the company practically overnight as demand grew so quickly it necessitated a move out of the family’s Scottsdale garage and into a small building in north Phoenix to keep up with production. The original building still sits on the company’s 50-acre facility.

The Anser is also famous for its influence on other putter designers in the golf industry, many of whom celebrated the day the patent expired.

“A lot of time has passed since the invention of the Anser putter,” said John A. Solheim, PING’s Chairman & CEO and the youngest son of Karsten and Louise Solheim. “We think it’s important to remind the golf industry and some of the younger golfers that the familiar putter design they see with other brands’ name on it was created by Karsten in his garage in the mid-1960s. I was fortunate to be at his side building the first Ansers and continued to do so for many years. It was among Karsten’s many contributions to the game that eventually earned him induction into the World Golf of Fame, the only manufacturer to be so honored. We’re flattered that the design has had such a significant influence on putter design for the last 55 years and we think this a great time to celebrate its continuing success by offering golfers a piece of PING history with the introduction of the Anser Patent 55 model.”

With only a few opportunities a year, PLD Limited models consist of putters played by top PING professionals, and iconic PING putters that changed the game. Targeted mainly to collectors, these models will be serialized and available as built with no modifications.